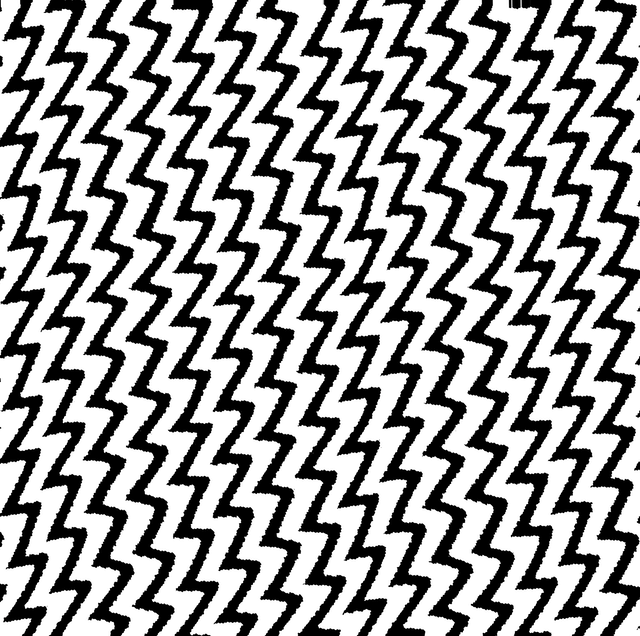 Saturn Square Uranus
The key astrological signature of 2021 is a series of squares between the planets Saturn and Uranus. Squares are 90 degree angles between planets that are usually interpreted as difficult interactions. Saturn and Uranus squared each other this past February 17th and will square again on June 14th and December 24th of 2021.

Saturn represents forces of contraction, boundaries, tradition and limits. Saturn's cycles correspond to key changes in human physiological development: the change of teeth, puberty, and adulthood correlate with aspects between natal and transiting Saturn. Uranus represents change, revolution, invention, and innovation on a generational level. For an individual, Uranus' transits coincide with periods of liberation and enlightenment.

Saturn is in the fixed air sign of Aquarius and Uranus is in the fixed earth sign of Taurus. The square between fixed signs indicates a conflict of deeply held beliefs and values. Uranus is urging change and transformation in areas of life represented by Taurus: agricultural and financial sectors. Meanwhile, Saturn is working to establish more order within realms of life represented by Aquarius: social institutions and technology. The two categories of life do not have to be at cross-purposes, yet the square placement of Saturn and Uranus suggests that there may be a conflict between these themes in 2021.

Ahriman and Lucifer
Rudolf Steiner teaches that the conflict between good and evil is not a polarity of two opposing forces. Rather, God stands at the midpoint between a devil of too much order, who he calls Ahriman, and a devil of too much chaos, Lucifer. The principle of love called God is the ability to balance the two opposing forces of Ahriman and Lucifer.

The negative side of Saturn is Ahrimanic: too rigid, too cold, and mercilessly detached from human emotion. The negative side of Uranus is Luciferic: too chaotic, unprincipled, and unboundaried. With a square placement, we can expect to see these negative qualities of Saturn and Uranus continue to surface over the course of this year.

Saturn as Ahriman is already evident in a push to make everything from kindergarten to doctor's visits entirely virtual. With Saturn in Aquarius, this insidious trend will masquerade as the only option for the social good. Meanwhile, the isolation and depression associated with lack of in-person socializing will only worsen.

On the other side of the polarity, Uranus as Lucifer will encourage erratic behavior that can unravel our social fabric. In the earthy, pleasure driven Taurus, we can expect Uranus to manifest as hedonism. At the very least, Uranus will encourage the type of excessive self-interest that leads people to hoard resources and behave selfishly.

Uranus in Taurus, Saturn in Aquarius
Nothing in astrology is essentially negative, even a challenging aspect such as a square. New paradigms are born out of conflict, and Saturn and Uranus represent a quintessential antipathy. The sign placement of Saturn and Uranus suggest that the normal political distinctions between conservative and progressive are increasingly blurred. Saturn, a conservative planet, is shaking up progressive Aquarius. Meanwhile, Uranus, the revolutionary instigator, is radicalizing traditional Taurus.

To me, the best example of this inversion of progressive and conservative politics is the recent bitcoin fad. Suddenly, many of my friends have been expressing enthusiasm at the possibilities of cryptocurrency. My friends are generally progressive thinkers who care for the health of the environment. However, none of them realized the enormous energy drain caused by bitcoin mining. Research has shown that bitcoin uses more energy per year than the entire nation of Argentina.

Bitcoin is the perfect example of something that seems like a futuristic, Aquarian possibility actually being a Saturnine move backwards. I could easily phrase this in the inverse: Uranus is threatening the health of the earth (Taurus) with radical, ungrounded ideas. Regardless of the confusion, the truly progressive stance is to find more ways to reduce our energy usage, not consume more fossil fuels.

Squares between Saturn and Uranus in 2021 will test the structure of any new inventions and ideas. Peoples' personalities may not match their politics and vice versa. The Ahrimanic and Luciferic sides of Saturn and Uranus can lead to dogmatic zealotry if unchecked: it will be extremely important to think for ourselves, to do our own research, and to avoid following party lines or trends blindly.

Conclusion
The Great Conjunction between Jupiter and Saturn this past Winter Solstice was a portal into a new era. I have faith that the moral and political reconfiguration of the Saturn-Uranus squares of 2021 will ultimately lead to positive changes, but we will have to be discerning and vigilant to maintain balance in a chaotic and fragmented society.

Today, the Sun appears to move into the sign of Capricorn, an event that marks the Winter Solstice. In the Northern Hemisphere, the Solstice is the longest, darkest night of the year, hence the many festivals of light that occur around the time of this important moment. In the neo-Pagan tradition of my upbringing, the death and subsequent rebirth of the Sun on each Winter Solstice was honored annually. Today is an especially powerful Winter Solstice, for it coincides with a meeting between Jupiter and Saturn known as the Great Conjunction. Great Conjunctions occur every 20 years, but this year's will be especially visually stunning as the two planets will be close enough to appear as one, particularly bright star.

Every encounter between abundant Jupiter and austere Saturn determines the tone, pace, and aesthetics of the two decades to follow in a profound manner. This Great Conjunction is also a Great Mutation, where the pattern of Jupiter-Saturn conjunctions will change elements. For the past two centuries, all Great Conjunctions have fallen in one of the three earth signs: Taurus, Virgo, or Capricorn. The past 200 years have been characterized by humans harnessing inner earth forces at an astounding rate. Our ancestors radically transformed our environment in both positive and negative ways through the industrial revolution, the rise of mechanized agriculture, and the utilization of nuclear energy. Now, the focus will change from areas of life represented by the earth element to innovations represented by the element of air.

In 1980, a Great Conjunction occurred in the air sign of Libra, offering a preview of the next era. However, the move from earth to air did not fully occur in 1980, for the Great Conjunction of 2000 took place in the earth sign, Taurus. On December 21st, 2020, the shift to a new cycle of Great Conjunctions in air signs formally commences as Jupiter and Saturn meet at 0-degrees of Aquarius. The fact that many artists are currently finding inspiration in the aesthetics of the 1980s is no coincidence: the Great Conjunction of 1980 offered a sneak peek into the cycle that is now officially beginning. The massive changes in computer technology, the rise of synthesized music, and the rapid reorganizing of the nuclear family model that started in the 1980s were only the beginning of the type of societal reorganization that will accelerate in the new Aquarian Age.

While this may sound somewhat ominous (perhaps reminiscent of 1984), I feel great hope for this new era. After all, Aquarius is a sign associated with humanitarianism, utopias, and social harmony. Aquarius is a fixed air sign, a unique combination of modality and element that I visualize as the rainbow. The rainbow symbolizes the pathway from the human realm to the godly realm in many mythologies. The Aquarian rainbow is the pathway of inspired thinking that helps us build new paradigms out of the belief in the divinity within all life. Falling at 0-degrees of Aquarius and at the Winter Solstice, this Great Conjunction offers the possibility of a new start. Aquarius invents solutions to problems and improves upon the systems represented by the preceding cardinal earth sign of Capricorn.

Conjunctions between Jupiter, Saturn and Pluto in Capricorn have revealed many difficult truths about institutions and systems of power over the past three years. Corruption of the political process, systemic racism, state-sanctioned homophobia, and blatant misogyny have all become depressingly prevalent. Stories of abuses of power, from the president to the police force, to the entertainment industry and the Catholic church have flooded the news, creating a collective awakening to the danger of idol worship in any form. Furthermore, environmental collapse is increasingly imminent with no unified international response to global warming, and the rampant prevalence of an unsustainable, extractive mentality in all areas of business. Transformative Pluto has forced us to acknowledge the extent of our interconnected complicity in this extinction vortex so that we are ready to let go of old ways of existing.

Jupiter and Saturn have been gathering difficult wisdom from Pluto during their tenure in the old, earth sign of Capricorn. Today, as they move into Aquarius, Jupiter and Saturn are also moving away from the combustive regeneration represented by Pluto, allowing us some space for integration. Jupiter is much stronger in Aquarius than it was in Capricorn, therefore we can expect a more expansive, positive outlook to last throughout 2021. As the traditional ruler of Aquarius, Saturn will continue to be a constructive and sobering presence in the sign of the Waterbearer until March 2023. Together, Jupiter and Saturn will help improve and reform the imperfect institutions created during the past two centuries of earth element growth.

A new air epoch is beginning, one that will ensure our social intelligence evolves as rapidly as our technological inventions. The pandemic has ushered in an embodied awareness of the interconnection of human and non-human life forms. People have come together via technology like never before, ushering in a new era of international interdependence. The consciousness-raising around racial justice of the past year will only deepen as we become a more global society. Ecological awareness is also growing, as more people recognize that humans are but one part of a living earth organism and that our health depends on being part of a healthy ecosystem. The Great Conjunction in Aquarius represents the possibility of building a better world through inspired thinking.